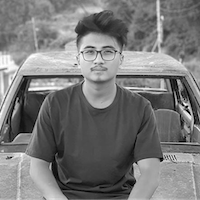 Subscribe to my newsletter and never miss my upcoming articles

Git has a solution to all of our problems, you just need to know where to look. As developers, context switching is a part of the job that you need to account for in more than a few occasions.

Imagine this; you are working on a feature where you have made bunch of changes to files that are not yet commited, and suddenly you need to work on a hot fix or a more priority feature. There are two ways you can tackle this:

Git worktree to the rescue 🌳

In short, you can check out multiple branches at the same time by maintaining multiple clones of the same repository.

OK back to our problem! Update changes? New Feature? Hot Fix? Whatever it is, you need to change to a different branch and work on it without any changes to your current work directory.

Let’s say it’s a new feature, your workflow would look like this:

Let’s say the name of your feature is feature-x and you want the branch with the same name. You can create additional worktree on the same directory or move it to a desired path, I prefer the later.

git worktree add command creates a worktree along with a branch that is named after the final word in your path.

If you want to give you branch a unique name then you can use the -b flag with the add command.

Let’s say you want to switch to a new branch that is tracking the branch at remote, where you want to push changes to.

As much easy it is to create a worktree, it is equally difficult to navigate back and forth between them if they are spread across. You have to git worktree list and then copy the path navigate to the worktree of your choice. To minimize this friction, I have built a small tool that let’s you switch between worktrees just with their partial or complete directory name.

With this I can simply switch between my worktrees.

Now that you have created a new worktree, switched to it and made your changes and pushed it. To remove the worktree, we can run:

Git worktree is a handy feature that let's you context switch in your project to try out things on a completely different environment, without modifying your main work directory. This might come handy occasionally but it's pretty neat being able to do so without breaking a sweat.

I hope this guide has been helpful, if you have any queries or corrections, feel free to reach out to me.